One Stop Centre for Latest Celebrity News and Gossip.

Some people are extorting money from unsuspecting individuals claiming that singer, Desire Luzinda, is raising funds for legal fees. She has since reported to police that wanted her over the leaked photos and also asked for protection now that she is being trailed...Read More

Two weeks after her shots had leaked, Desire was still the talk-of-the town, some even put her on suicide watch, but the Ekitone singer came out of hiding and told her fans that she was fine cooling off the pressure with her family...Read More

"My fans are better than yours" was the comment Desire made when fans turned up at Namboole donning t-shirts with inscriptions; 'We will always be there for you Desire Luzinda'...Read More

Sheilah Gashumba loses her iPhone13 from a club in Ghana

Eddy Kenzo pelted with bottles at the MUK Freshers Ball 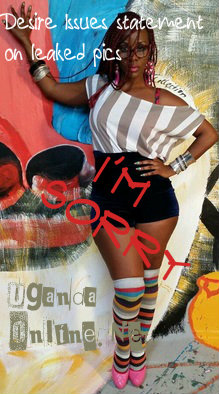