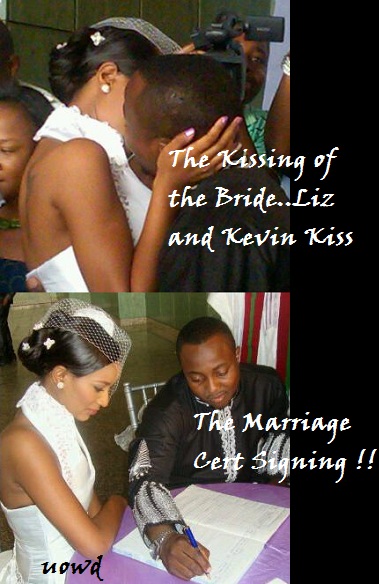 Nigeria's Kevin is the winner fo Big Brother Revolution. At 9:45(EAT) he was announced as Africa's choice beating Emma and Edward who were the other housemates in the top three who are now dubbed as the strong 3.

Kevin got 11 votes followed by Emma who had 2 votes and both Edward and Mzamo had 1 vote each. Nigerias Nkenna ended up with no vote at all which does not surprise anyone now that Nigeria already had another housemate who has won anyway.

IK entered the house to have a chat with the remaining three housemates. He asked them how they felt about being the top three. Edward said he felt like Obama. Emma simply said she was anxious, nervous and Excited. As for Kevin, he said: "I feel like how South Africa got their Independence" It is not clear how long Nigeria will survive but looks like they could survive this round too after Nkenna survived leaving the house last week. There is every reason for Africa to pay Leonel for spitting or sneezing in the food just because he did not want other housemates to feast on it.

Looks like this is the time. Leonel and Mzamo are very good friends in the sheets but this does not make it any better because Mzamo is equally on count down. It will be very hard for her to survive the moment she shows up on the hit line.

Itai and Leonel had the highest votes and Edward the HoH swung into action and saved Itai the housemate from Zimbabwe replacing him with Nigeria's Kevin.

Kevin is not aware he is up for eviction. He will only learn of it at the eleventh hour like Elizabeth did. That is a terrible thing especially if you will be leaving the house in the next few minutes just like was the case for Elizabeth.

Leonel from Mozambique and Kevin from Nigeria are up for eviction. Next week one of them will be leaving the Big Brother house. If Kevin leaves, Nigeria will stiall hve two more housemates in the house and if Leonel leaves that will be then of Mozambique after one housemate from Mozambique, Jennipher opted out of the game voluntarily.

Moments after Elizabeth had been evicted, it became unbearable for Kevin that he broke down and cried while hugging Emma.

Below are some of the comments in line with the crying....!

Mon@lisa: "Luv is d strongest thing! Didn't u see Eliz asking her boyfriend to break up wit her so she can be wit Kevin? She never said she doesnt date black guys (she only said she hasn't. Besides she had never met KEVIN b4 now! And he knocks her boyfriend out, 'cos she's so in luv wit Kevin. Wish they'd left at 2gether, but I know its a friendship (or even more) for a lifetime. People find love everywhr, 4 kevin its on continental TV, and he's not afraid to show it, cry 4 it, die 4 it. That's COURAGE, to"

She-Devil:0:"This is just a strategy 2 avoid nomination tomorrow & if he is nominated he wants us viewers 2 pitty him, yeah right! I'm not buying it even if he cries blood!"

Otsile16: "Those who have neva loved dnt know what its like 2 feel what kevin feels.so until u have loved dont judge him infact u must b worried about ur heartles souls!"

Monalisa: "Kevin loves Eliz PERIOD! Its obvious. This show is not all about a show or about money, its also about life. People's lives change after d show and Kevin and Elizabeth's will definitely change. We want Elizabeth in Nigeria, Kevin make sure u bring her over after d show."

We hate to say this but Nigeria has been got and the three housemates in the house are at least going to be reduced to two leaving weak Nkenna and Geraldine. All the housemates up for eviction are very strong but unfortunately one pair has to leave.

Mzamo and Leonel together with Quinn and Kristal turned up with the highest polls to leave the house and since Leonel is the Head of the house, he saved himself saving Mzamo in the process now that they are comrades. Meanwhile the two(Mzamo+Leonel) were showering together and kissing deeply and of course one thing led to the other but since this is the revolution, the cameras switched positions.

Leonel was called into the diary room and told of who the pairs that were up for eviction of which he was among. He saved himself and Mzamo and straight on Kevin and Elzabeth got on board. The race to leave the house next week is between pairs (Quinn, Kristal) and (Kevin, Elizabeth).

The pairing business is ending with this lot and after the Sunday eviction show that will see Kevin and the most beautiful babe Elizabeth leave the house, the housemates will be 10 in the house and battle it out as individual housemates till the winner of the USD 200,000 will be announced.

The South African housemate Quinn told Itai(HoH) to put him up for eviction claiming that he had been in the house long enough and and for him it wasn't about the money, he was tired of the game, but when Big Brother announced that him and Kristal were up for eviction, he instantly felt the pain of being up for eviction and fell to the floor holding his head asking why me ???????? Watch this space! 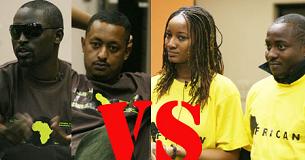 Uganda's Hannington is up for eviction.  He is the only Ugandan housemate left in the Big Brother House after Phil Okure got evicted two weeks back. Big Brother came up with another twist to the game which is in line with revolutionizing the game.

The housemates are paired up as follows:
Jeremy and Geraldine, Edward and Emma, Kaone and Liz, Itai and Nkenna, Hannington and Yacob, Quinn and Kristal, Kevin and Elizabeth, Mzamo and Leonel. In yesterday's nominations (Hannington, Yakob) and (Quinn, Kristal) turned up with the highest votes but Itai exercised his right as Head of House to save (Quinn, Kristal) only to be replaced with Kevin and Elizabeth. 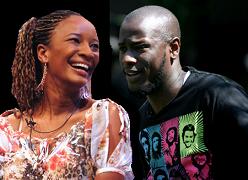 Our boy Phil Okure has been evicted from the Big Brother Revolution being the sixth housemate to leave the house after Jen from Mozambique left voluntarily due to family problems. Initially the two twins were up for eviction but one of them happened to be saved by Nigeria's Kevin who was the head of the house.

This is the revolution and you may not blame the head of the house because if they fail to save a housemate of their choice, then the Head of House will automatically be up for nomination. This means that replacing a housemate comes that easy so Kevin has no reason to worry for the choice he made.

At 9:47pm(EAT) IK mentions the next housemate to leave the Big Brother House...Phil and Erastus stood up right.....Is Phil; and our boy hugged all the housemates but Hugged Elizabeth from (Tz) longer before leaving the house.

IK asked him if he had any special friends in the house and he said Yes and the friends are Liz(South Africa) and Elizabeth. Phil Okure did not leave the house empty handed because he still had USD 2,325 left in his pot from the USD 2,500 courtesy of Big Brother.

This will Leave Uganda and Mozambique with one housemate each joining Tanzania, Ethiopia, Mozambique, Malawi and Botswana which already have one housemate as compared to others with 2 and 3.

Liz from South Africa has made a terrible loss because the last two nights in the house were spent in the same bed with Phil much as he had strong feelings for Elizabeth from Tanzania.

Big Brother has introduced something else dubbed Molotov Cocktails that can be decided by the evicted housemates and this one in particular is a role that started with Phil Okure. Phil did not have any mercy for the housemate who led him to leave the house, so he chose Kevin for the cocktail which meant that Kevin had to pack all his clothes including those that he was wearing leaving him in boxers as the only form of clothing for the whole week.

The show kicked off with dancers who did a lot of summersaults on stage. IK arrived to the show in a helicopter. Housemates are arriving on bikes. Somali-Canadian rapper K'Naan has finished performing and as he performed, flags from all the 14 countries were being moved around.
8:30pm (EAT)

First in the house was Itai Makumbe from Zimbabwe, 31 years old doing his Masters degree with high hopes of working in Civil Society when he completes his Degree. When he wins the money he wants to visit his Dad in England who he has not seen in a long time.

Uganda is next.The guy we talked about here BBA Uganda Rep Update  is the Ugandan house mate. When Hannington got into the house, he made it a point that he pecks all the lady stars in the house.

The next housemate to get into the house was Edward Muthius aka Teddy 34 years of age from Kenya and he is unemployed. At 8:56pm K' Naan performed again.

Quinn Sieber from South Africa a radio presenter/DJ aged 21 was the 7th male housemate to enter the Big Brother revolution house. Followed by another male housemate from Mozambique, Leonel Estevoa. Quite scary because all the housemates are male and no female at this point.

A rastaman from Ghana George Wayoe aged 34 and unemployed entered the house.  At this point we were hoping the rest of the housemates to come in will be ladies, but Biggie has revolutionised the show to the extent of denying viewers babes at least for the first one week.

Another housemate from Uganda enters the house. Filbert Okure, 25 years old and a Marketing Assistant making a total of two Ugandan housemates in the house. Uganda make some noise......

Jeremy Ndirangu (22) a music and creative instructor from Kenya gets into the house making a total of two housemates from Kenya. At this point Uganda and Kenya has two housemates confirming that one from each of the countries is fake.

Twins from Namibia Edward Moongo 33 who happens to be unemployed too joined the house together with his twin brother Erastus Moongo. These are supposed to play the confusing game as one twin brother will be staying in a secret place and occasionally coming to the house to confuse other housemates.

Tempers were lost as no female housemate had been mentioned making it look like it is a game for boys only but wait a minute, the girls are coming in next week and tomorrow evictions are on. Meanwhile with the way the revolution has started, chances are some of these housemates are fake especially Uganda and Kenya that have two housemates each, it simply means one of them is fake and they will have to get out of the house real soon.
10:00pm(EAT) The show that launched the revolution has ended.