Stellah Nantumbwe aka Ellah Up For Eviction
Monday, October 20 2014 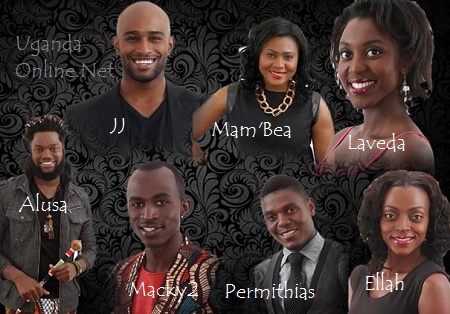 It's day 15 of the Big Brother Africa reality show. 5 housemates are down including Uganda's Esther but before we get to terms with that, Ellah, the only Ugandan housemate left in the house is up for eviction for the third time in a row.

In the first week, all housemates apart from the Head of House were up for eviction, in the second week, Ellah was added onto the chopping block by Samantha but she survived being evicted by a whisker.

It should be noted that in yesterday's nomination session, Esther did not nominate Samantha who put her on the chopping block last week. However, this is a game and there can only be one winner.

This week, our very own Ellah, Kenya's Alusa, Zimbabwe's JJ, Tanzania's Laveda, Ghana's Mam'Bea and Permithias from Namibia are up for eviction. South Africa's Nhlanhla is this week's Head of House and as required by Biggie's rules, he had to play his role of adding another housemate on the chopping list and Macky2 found himself on the list.

To vote for Ellah, type ''Vote Ellah'' and send SMS to 8884. Miss Uganda has been accused for being in her lane of runway and the beauty pageant and that she is failing to come out and try something new, though the VIP folks are having their share of the beauty queen during shower, but is this enough to save her? Tune in next Sunday to see who comes back.

The Sitya Loss singer, Eddy Kenzo, has been tipped to perform on that day.