Bebe Cool left in tears after reading a note from his daughter, Beata 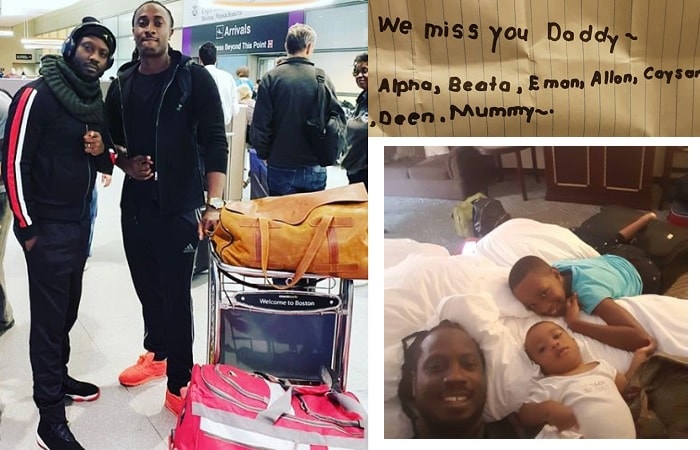 Bebe Cool was at the airport to receive Sasha Vybz and inset is the note that got him teary..!!