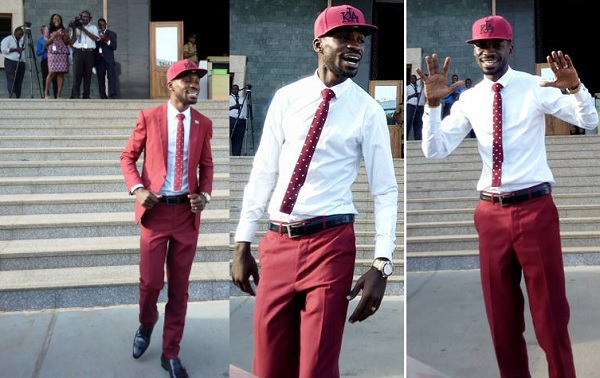 When he got out of the house, all eyes and camera's were on none other than the newly elected Kyadondo legislator who was a shadow of his former self regarding the dress code and hairstyle. Out of the house, he pulled off his jacket and straight on put on his KLA cap and walked in his gladiator style to some journalists that were waiting.

In the house, salary increments for public servants was discussed among others. Asked about how his first parliamentary session was, Hon. Kyagulanyi said that being the first day, he did more listening than talking as a way of trying to understand how business rolls in the house. 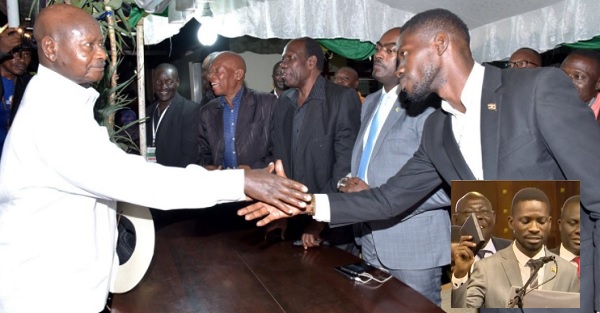 Barbie and her husband Hon. Kyagulanyi Ssentamu as he waited to be sworn in Parliament of Uganda in Kampala.

Bobi Wine and Barbie on holiday in Malta, Italy
Buchaman in hiding after swearing in as Ghetto President
I will be a member of parliament for now-Bobi Wine
Ernest Wasake and Tanzania's Bhoke are at it again
Geoffrey Massa injured in police Northern Bypass shooting
Winnie Nwagi shooting her Olaba Otya video